Notes:   The spacecraft test was successful, but the Launch Vehicle was considered a failure. The two outboard engines did not jettison from the centerline sustainer engine after their fuel was exhausted due to bad electrical contacts. The added weight of the booster engines retarded velocity by 3,000 feet per second and the capsule separated from the booster 138 seconds too late. The planned range was not achieved and impact point of the capsule was 500 miles short of target. The test capsule was successfully recovered about 7 hours after launch, when the Destroyer Strong reported that she had netted the boilerplate capsule intact. 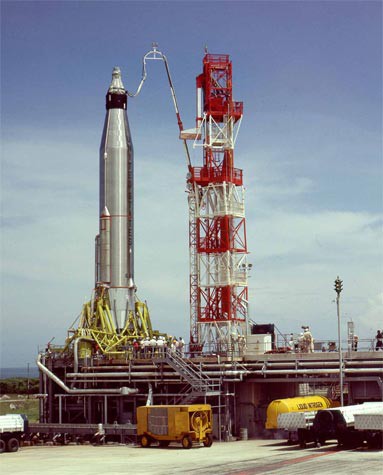