Notes:   This was the first attempted launch of an Atlas E ICBM from a coffin launcher style complex at Vandenberg AFB. The missile exploded at liftoff due to combustion instability in the B-1 engine. Considerable damage was done to the launch facility which was repaired and put back into service. 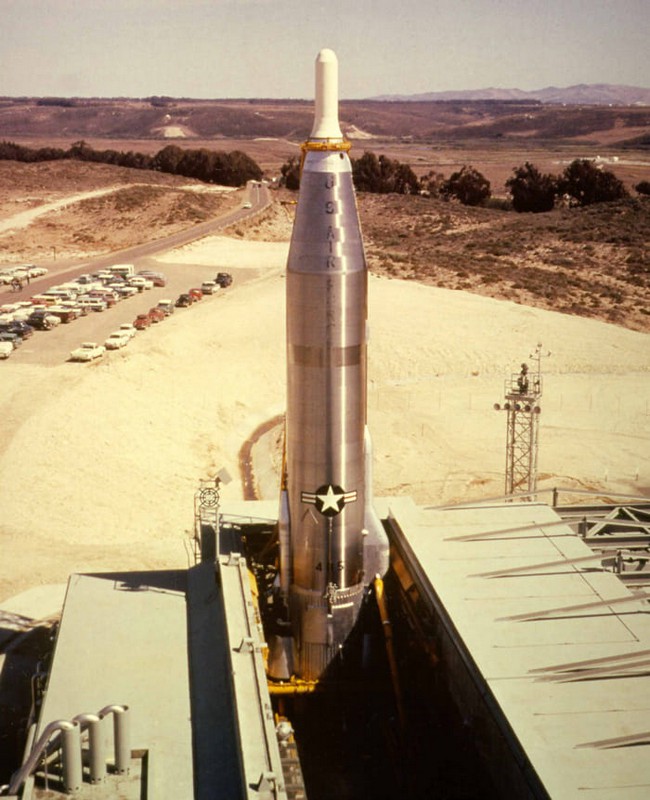 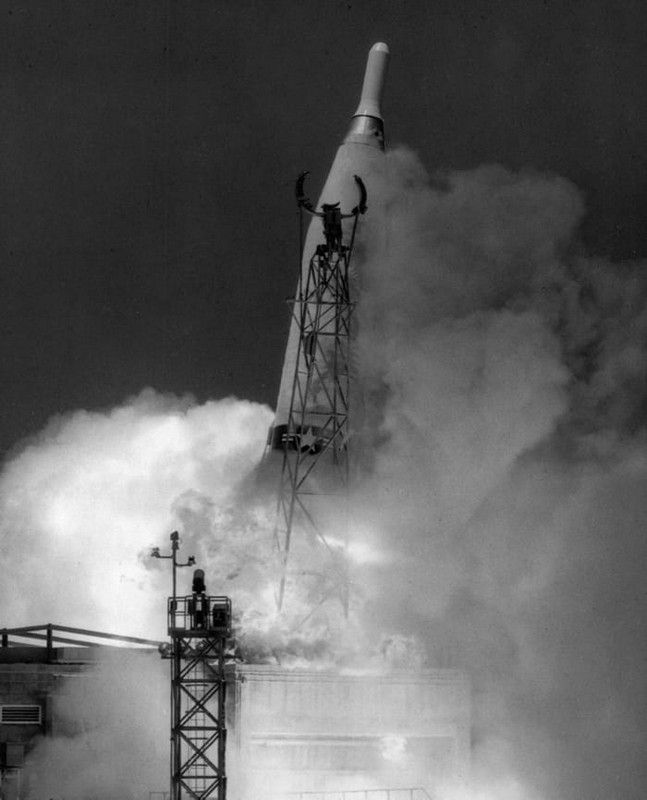 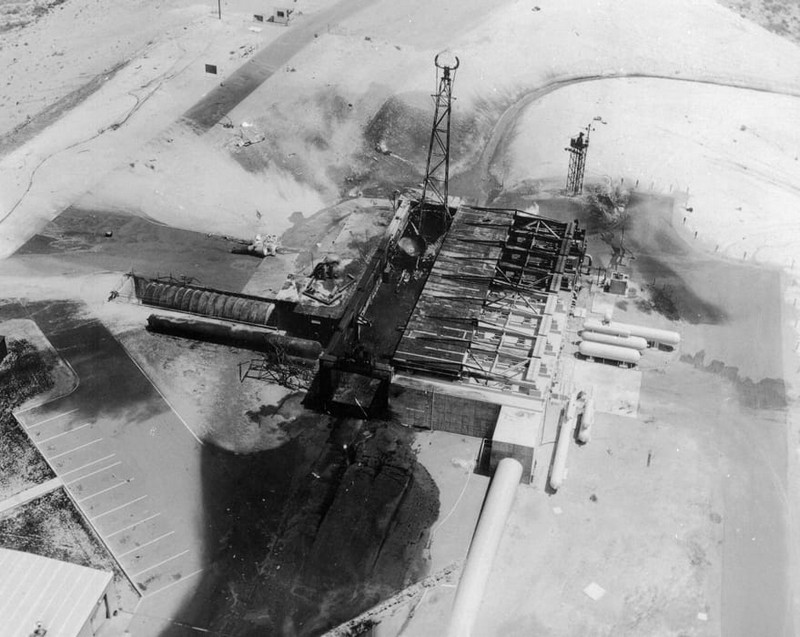 This short video is of the 27E test launch at Vandenberg AFB. The launch facility is 576-F, or OSTF-1, as it was called. The booster failed and caused a tremendous explosion, along with considerable damage to the launch site. (NOTE: This video does not have sound.)
VIDEO LENGTH:  8 Seconds          FILE SIZE:  1.8 MB